Task Rabbit – Built A Brand Leader With Out of Home Posters

Task Rabbit – Built A Brand Leader With Out of Home Posters 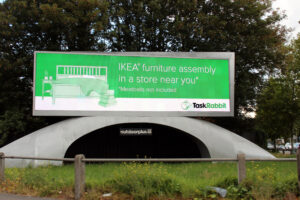 Fresh from raising $30 million dollars, this U.S based client saw the U.K as a perfect launchpad for European expansion. The Transatlantic phone call was short and simple, make us famous, hit the agreed KPIs and make sure we don’t get fired for using a new channel!

The client had previously avoided offline advertising due to prohibitive entry costs, but with no brand awareness in the UK combined with a wider lack of understanding around the gig economy they were seeing little traction from search and needed something to boost their digital efforts.

Our approach established a win-win for client and media owner, which was supported by running a series of Facebook tests to prove the potential of the London audience, then with a set of re-assuring performance metrics we then planned the perfect offline campaign. 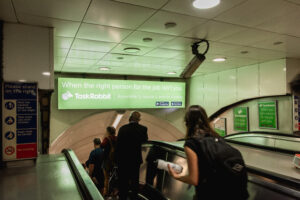 By capitalising on low rates across unsold advertising opportunities we were able to launch with a huge campaign which saw Task Rabbit dominate Oxford Circus and appear at over 200 London Underground stations. 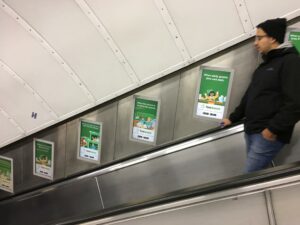 The 4 week test delivered an immediate 100% spike in installs, a 50% increase in job postings and a 10% increase in conversion rates. The test led to a long term relationship and helped establish London as their top performing global marketplace.

Task Rabbit have used Rock Soup Media to execute regular Out of Home advertising campaigns over the last 5 years and have accessed over £1 million’s worth of media coverage for a fraction of the normal cost on their path to driving consistent Brand search growth. 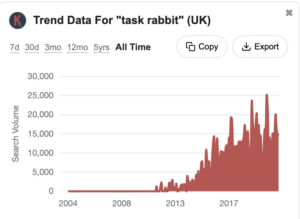