Ten things to consider before you do ANY mass advertising 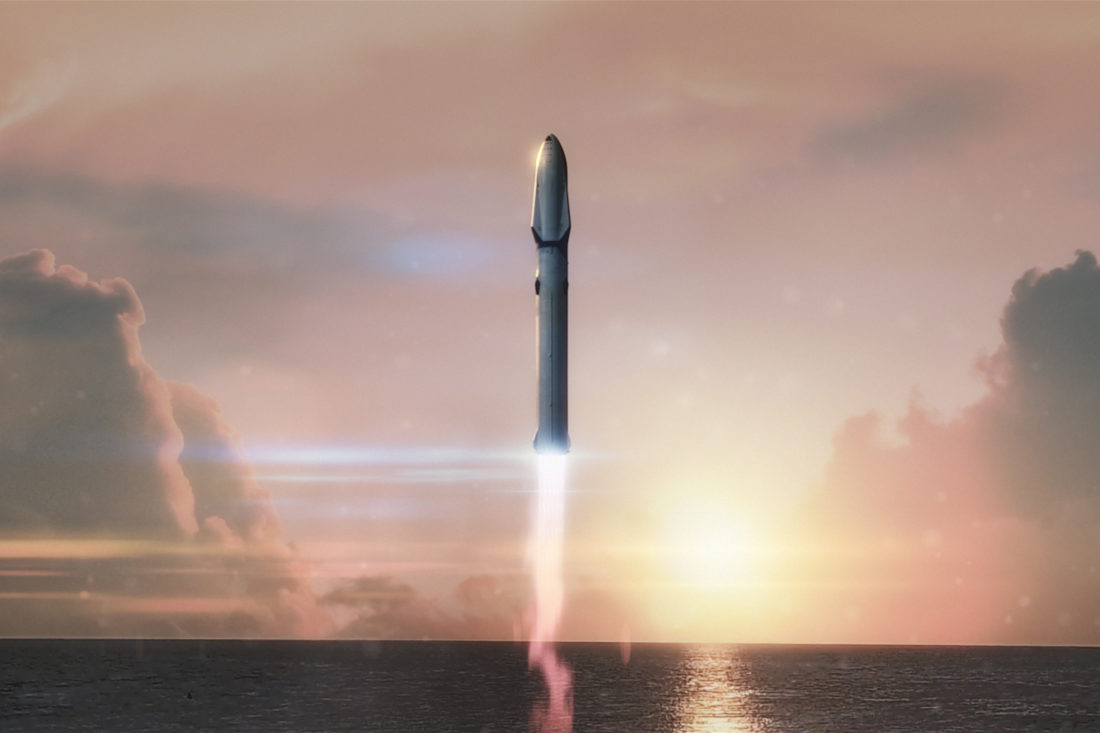 Ten things to consider before you do ANY mass advertising

You don’t need to test mass advertising channels to see if they work…..TV, Out of Home or any of the traditional advertising platforms are responsible for creating some of the biggest brands in the world. Done right, they’ll be the single biggest factor in accelerating your growth.

Big brands are more valuable, make more profit and bag better paid jobs for their Alumni because they know how to launch, grow and keep their brands at the top.

None of this is a secret and many of the advertising techniques can be found in the work of Binet and Field, Byron Sharpe and Mark Ritson – which is great if you have access to the best creatives, big budgets, years of experience and understanding investors ….the trick is getting the same results even when you don’t.

‘We got a call on Friday and got a full page ad for half price…… it didn’t work but we saved £5 grand.’

Sometimes the cheapest campaigns end up costing the most.

Last minute deals might work for some things, holidays, theatre tickets and the whoops aisle in Tesco’s but not for basing the whole future growth strategy of your business.

Rustling up a Lasagne from short date mince is one thing but perfecting new, untried media channels with only a few days’ notice is nigh on impossible.

If something’s worth doing it’s worth doing well….. there are very few truly scalable marketing channels and you’ll struggle to secure the budget to ever do it again if your first attempt fails.

To reach your true potential you can’t afford to burn mass advertising channels ….especially if your competitor succeeds where you failed.

Like Ferrari you need to sweat the small stuff to be successful ….. Where will your ad be appear? What mood will your customers be in? How can you amuse, entertain, provoke? How can you look different, stand out, be remembered, get shared, excite, nudge, capture ……. Your campaign will be seen by millions and can change your life forever …..so do yourself a favour and give it the time and attention it deserves.

Anyone selling you expensive mass advertising without ensuring you have distinctive, defendable, memorable go-to market creative is taking a short cut you can’t afford to take.

Creative brainstorming and planning might sound fluffy, time consuming and expensive but it doesn’t matter which channel you decide to use – if you don’t run effective creative you’ll be wasting time and money.

How many times have people said ‘Let’s just convert the press ad’?

‘It’s only a test’…… let me save you some time and money, the test will fail, yes, you might get lucky with a little spike but if you want to succeed across mass marketing channels you really need to see it as long term strategy…..plus there’s no point building awareness looking like one thing, then change completely 6 months later.

Ps – Whatever you think, you’re not a creative genius, find the budget to pay someone who is……it really, really matters.

4 – Your first job is to get noticed.

People are hit with thousands of advertising messages every single day……..blah, blah, blah blah, blah…..which is what most people on the receiving end see and hear.

Come to think of it, how many blog articles have you seen over the last few years? I bet none of them stopped and called you a nosey c**t half-way through.

Well now I’ve got your attention, there’s no reason to call anyone a nosey colt when it comes to advertising…..because horses don’t care about advertising.

But for all non-horses out there it’s important to remember the first job of any advertising campaign is to get noticed, do this and you stand a fighting chance ….. do this by creating long lasting emotional connections, repeating and reinforcing over time and you set up the strong memory structures for super-scale over the long term.

Don’t believe me? Read the Bain report of 2016 or even better, pay someone from Bain £50,000 and they’ll come and tell you themselves.

5 – You can’t beat Mike Tyson in a punching contest but you might beat him at upside down Scrabble.

Nobody ever made an impact by turning up to a black tie event dressed in the world’s most expensive dinner jacket……£100 or £10,000? That’s because they all look the same.

We’re not advising anybody to wear a lime green, velvet dinner jacket….(nobody wants to be that guy) but the point is….if you really want to make an impact you won’t do it by doing the same thing, in the same way at the same time as everyone else.

Mass marketing channels are dominated by big brands with more money, more experience and more chance of outlasting you if things turn into a mine’s bigger than yours advertising arms race.

To win you need a find a way of doing the same things, only differently,

There’s no point spending money at the front end if you lose it at the back end.

Mass advertising can be transformational in terms of growth …. But, and it’s a big but, there’s a right and a wrong time to commit such large amounts of money.

D-Day took years to plan because the Allies knew everything had to be perfect for it to succeed, but more importantly they also knew the costs of failure.

The check list can be exhausting and even when you think you have everything nailed, you need to be sure you have not just the firepower to land on the beach but also the fuel reserves to propel you off the beaches ……and across the rest of the world.

There are at least 4 big offline channels, TV, Radio, Press and Out of Home, with the power to transform your brand, take your time, get them right, one by one if necessary but don’t rush….. remember, your investors will always find the budget to try something once but you don’t want to be the person asking for more money to spend on something which didn’t work the first time.

The rich get richer, the big get bigger and the brands with highest share of voice usually end up with the highest market share.

If you don’t believe me read of Les Binet and Peter Field.

They say it’s far easier for big brands to stay big brands because they’re already big brands….. and much harder or more expensive for young brands to break through and steal market share.

So, if this is the case why do a lot of young brands insist on spending advertising budgets on channels where they can’t drive higher share of voice? Same reason nobody ever got sacked for using IBM ……nobody wants to be the person, especially in current market conditions, to put their head on a chopping block for something new.

Which by the way is totally understandable, but remember…..supersized returns aren’t driven by doing the exact same thing as everyone else, and just because something worked for your competitors doesn’t mean it will perform the same now the world and his wife are trying to copy the exact same strategy.

There are ways to win but if you want to beat the big dogs and don’t have the biggest marketing budget you’ll need to do things differently.

There’s no point making a take it or leave it offer for the petrol mower sat gathering dust on Elon Musk’s front lawn.

The price of advertising changes on who and when you’re speaking to someone …..and you can turn a little advertising spend into a hell of a campaign if you speak to the right person, at the right time in the right media channel.

Next time you’re speaking to your media contact ask them how they get paid? When they get paid? How much do they need to hit their target…When are they going on holiday?…how can you help, how can your budget be worth something to them? You’ll often find some willing to sell their own granny when faced with a deadline or needing a last push to get to target….. conversely your spend won’t matter in the slightest if they’ve already hit their target and are scared of inflating next year’s target.

The trick is in not leaving any of this to chance, if you identify your key audiences, channels and opportunities in advance you can build the relationships you need to put you in the perfect place to find out about, execute and scale the right media, on the right terms at the right time.

PS – The more people in the chain, the more you pay…… simple really, nobody does anything for nothing and if your order passes through 20 pairs of hands that’s a lot of people being paid before your investment actually starts to work for you.

9 – Don’t fit a bathroom just because you can change a tap.

An experienced plumber once advised me against fitting my own bathroom because in his words ‘it’s you who has to live with the consequences every day’.

Yes, I could have watched You Tube or figured it out as I went along but that’s presuming I’d still have owned the house after my wife divorced me, took the kids and put the for sale sign up after I’d flooded the house for the 9th time.

This matters in advertising because mass media doesn’t come cheap…… you’ll probably only get one chance to make it work and it’ll be you who has to live with the consequences of a failed campaign.

Digital channels might be working just fine but that could change if a flood of ‘me-too’ brands enter the market or Facebook decide to change their algorithm….again.

The last place you ever want to be is be stuck using increasing competitive channels watching competitors attract more of the customers you need, bagging key speaking roles at industry conventions and having investors beating a path to their door.

When it comes to fine margins and with all this at stake you really want to be speaking to someone who’s delivered results in the past, has interests aligned with your own and knows exactly how to optimise and scale the media channels you’re looking at.

Think of rats and chocolate.

Rats love the smell, the taste and the look of chocolate and they especially like the way it makes people jump up and down after discovering a half-eaten bar…… but here’s the thing…… put a lovely bar of galaxy in the middle of a hundred rats and not one of them will go anywhere near it.

The rats have to notice the chocolate, they then have to become comfortable and suss out whether it’s safe to eat.

They might speak to other rats, they might wait for other rats to try it and see what happens to them, they might even ignore it completely until they’ve finished the other stash of chocolate next door.

The point is all of this takes time.

Chocolate works for catching rats but it takes time, Mass marketing works for scaling brands but it also takes time for sales and performance to catch up with metrics such as awareness, consideration, salience and intent.

Plan right, speak to the right people, execute at the right time, stick with it….and use distinctive, emotional hooks to form memory structures to grab attention and aid recall your message…. a bit like rats and chocolate!

Contact us for further insights on how some of Europe’s largest ventures used a different advertising approach to scale.